I Dream of Running

It must be even years. Even years must be my Running years. Cause this year, I am absolutely salivating, dreaming, itching, DYING to run another marathon. I am craving the long slogs slogs through training lows. I am craving the completely satisfying all-out tired of running a 20-miler on a Saturday morning. I am longing for Garmin-frenzy, track workouts, tempo runs, and sucking down pints of water at my desk. I am desperate for a good, hard sweat. I am pining for my stick of Body Glide. I am web-stalking marathon guide.com and blog stalking all my old favorite RFBs. I have registered for my spring training 1/2 marathon. The weather is uncharacteristically cooperative for January in Nebraska; it's training heaven!
Small problem.
I am 8+ mos pregnant. So all of that is going to have to wait a couple more months. Oh, the AGONY! (insert slightly off-color joke about the impending agony of childbirth here)
I did manage a moderate pregnant 5K a short-while back. Though now I am resorted to walking. But mentally, I am back, baby. 2012 is my next Year of the Marathon.
I'm thinking Chicago?
Posted by M2Marathon at 4:36 PM No comments: 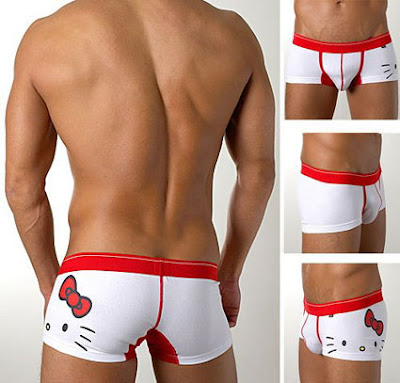 This little dandy of a race is occurring near my parents' house this weekend; I am totally thinking I want to do it.*
Wearing a pair of boxer briefs. Like these.**
Because, why not?!***
*this is Omaha; I don't have high hopes for a specimen like this to show up ready to race. But a girl can hope.
**top right picture? Totally stuffed.
***because seeing this guy's tiny little toned ass makes me realize I need to get out there and get some speedwork in to burn off my own slightly-not-this-tiny-ass. Like, ASAP. Plus, the race looks small; I could win hardware.

Not dead...just in Omaha.

Weeeeell, we finally got 8/10 of the way moved (that's a fully-certified calculated figure). Close on our new house in 20 days and then we'll be all offically re-transplanted Omahans (yes, living in my parents' basement with two kids, two dogs, and a whole lotta loud tv upstairs has been fun and all, but hubs and I are ready for our own house again. Like last month.). Anyway, I have still been running consistently though it has been a stunningly harsh adjustment to this moistly-evil humidity. Not gonna lie, I am not at all a pretty picture after a run in these parts; I finish even a short 3-miler literally soaking wet. Head to toe. Soaked. Every time. Even when it's "cool" (and no, it is NEVER cool in Nebraska in July).

I had a short work-related trip to Boston earlier this month and had a fabulous time running around the city. It was ungodly and unnaturally hot, but still good, sweaty fun. There were also a couple yoga sessions (I was stressed, bored, and traveling on my own) which had the effect of making me desperately crave more yoga. Like Starbucks, only ah, better for me.

I was all prepared to run the San Francisco Marathon last Sunday, but ended up having to eat the registration fee when it became apparent a couple weeks ago that it was simply not going to happen. I ended up having to go back to Denver to deal with stuff instead, and so I had to kiss my hopes for SFM and a run across the Golden Gate Bridge goodbye for this year...ahh well, maybe next year. So, since the homefront will be a little more settled in the near future, I am now setting my sights on the Omaha Marathon in September instead. (can't beat a local race, even in Omaha) And of course, I did my crazy-ass preregistration for the Denver Marathon waaaaaay back in January, so I've got that one in my sights for October as well. I've really been having the itch to race the last couple of weeks, so I think I'll have to snoop around and see what's happening nearby in the meantime. Maybe just a little old 5k to get the race juices flowing, no?

And oh yeah, my dear old buddy Cross Country Squared managed to birth her twins in 4 minutes flat (running isn't the only thing she does fast), as well as lose damn near every bit of baby "weight" she gained growing them. She is my new pregnancy role model (thank God I've given up pregnancy, I could never live up to that pressure).
Posted by M2Marathon at 10:41 PM 2 comments: