The Tooth Fairy Has A Lot on Her Mind These Days

So it's been another super-busy week. Work is crazy (no surprise) and on top of it, Shortie2 had a birthday last week. So that involved present-buying (of COURSE Target no longer has the Spiderman bike that is the only thing he's been asking for since April...and I won't mention how we've been caught in that trap BEFORE on present occasions; can't believe we made that rookie mistake...again!) grocery-shopping for funfetti cupcake supplies, Shorties' cupcake-making-to-take-cupcakes-to-the-preschool-class episode (followed by mom's remaking new batch of cupcakes because Shortie-made cupcakes included unhealthy doses of saliva and cough-sniffle germs which I refused to knowingly subject the rest of the preschool to), balloon-run ($10-fucking dollars for ONE mylar balloon? Really? I don't care that it's a big, awesome, fire-truck shaped one....TEN DOLLARS FOR ONE BALLOON????), card-and-goodie-bag-supply-run....etc., etc. 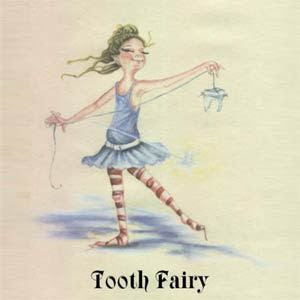 Then the weekend was full of still more fun activities like riding the alpine slides and nasty, sketchy (and probably highly unsafe) rides at Heritage Square...hiking up The Hill, going for runs (both mom and dad), and all the rest of the regular household duties. Then on top of all that, I have the Wild West Relay this week, which I am totally stressing/obsessing about. So when Shortie1 lost her 4th tooth yesterday (thank GOD, she's been whining about it wiggling for AGES) it was just the straw that broke the proverbial duty-worn mythical fairy-type creature's back. Yes, I am referring to the fact that the Tooth Fairy was apparently, ahem, a little overloaded, and may have gone to bed early last night, and thus forgotten she had a very important stop to make at the M2 household.


Let's just say Shortie1 was not amused this morning. She was already pissed the last time the Fairy visited because the Fairy was evidently more careful with her tracks and did not leave large sprinklings of "fairy dust" (very similar to Martha Stewart glitter, in case you were wondering) all over the floor like she had on the last visit. Woops. Now THIS time, not only was there no fairy dust, but the beyotch had the nerve to make no visit at all! I fear Shortie1 is starting to lose her faith in this tooth-stealing ephemeral being-ette. And of course, her first question (naturally, with an endearing and slightly pathetic little crushed look on her face) was, "Didn't the Tooth Fairy think my tooth was good enough to use in her castle?" Because that's why the Tooth Fairy needs all those little teeth in the first place: to use as building material so she can add on to her tiny little castle wholly constructed of kids' teeth. Obvi.

So now, this mother must face the task of seeking out the Tooth Fairy (does she have a website (apparently she DOES!)? We know she has a cellphone because that's how she knows to come to your house...she gets a text when your tooth falls out, alerting her with your name and address, duh) and seeing exactly what her excuse for missing our house last night was...

Perhaps I should stop making up such elaborate backstories for the fictional creatures that visit out house. It leave a lot to clutter up the head; and my Shorties are going to really kick my ass someday when they find out about all the many, many lies they've fallen for. But hey, it's good fun in the meantime. (And I am comforted by the fact that at least I don't have imaginary email correspondence between my kids and the Fairy like This Guy...)
Posted by M2Marathon at 9:10 AM

Email ThisBlogThis!Share to TwitterShare to FacebookShare to Pinterest
Labels: Mother of the Year Award, sigh